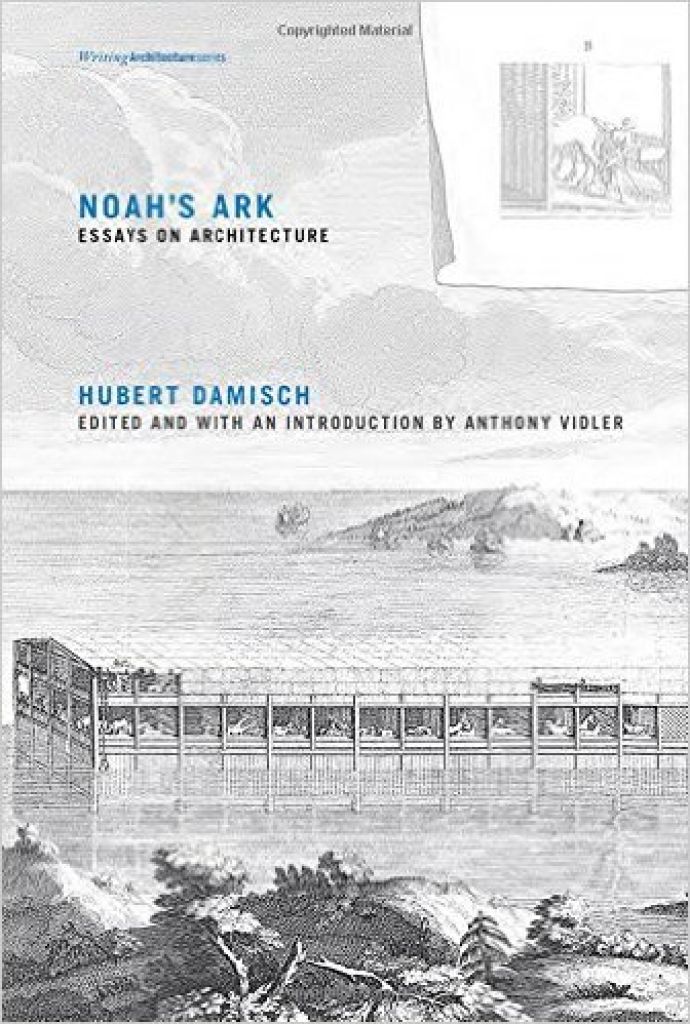 Z ovoja: "Trained as an art historian but viewing architecture from the perspective of a "displaced philosopher," Hubert Damisch in these essays offers a meticulous parsing of language and structure to "think architecture in a different key," as Anthony Vidler puts it in his introduction. Drawn to architecture because it provides "an open series of structural models," Damisch examines the origin of architecture and then its structural development from the nineteenth through the twenty-first centuries. He leads the reader from Jean-Francois Blondel to Eugene Viollet-le-Duc to Mies van der Rohe to Diller + Scofidio, with stops along the way at the Temple of Jerusalem, Vitruvius's De Architectura, and the Louvre. In the title essay, Damisch moves easily from Diderot's Encylopedie to Noah's Ark (discussing the provisioning, access, floor plan) to the Pan American Building to Le Corbusier to Ground Zero. Noah's Ark marks the origin of construction, and thus of architecture itself. Diderot's Encylopedie entry on architecture followed his entry on Noah's Ark; architecture could only find its way after the Flood. In these thirteen essays, written over a span of forty years, Damisch takes on other histories and theories of architecture to trace a unique trajectory of architectural structure and thought. The essays are, as Vidler says, "a set of exercises" in thinking about architecture."