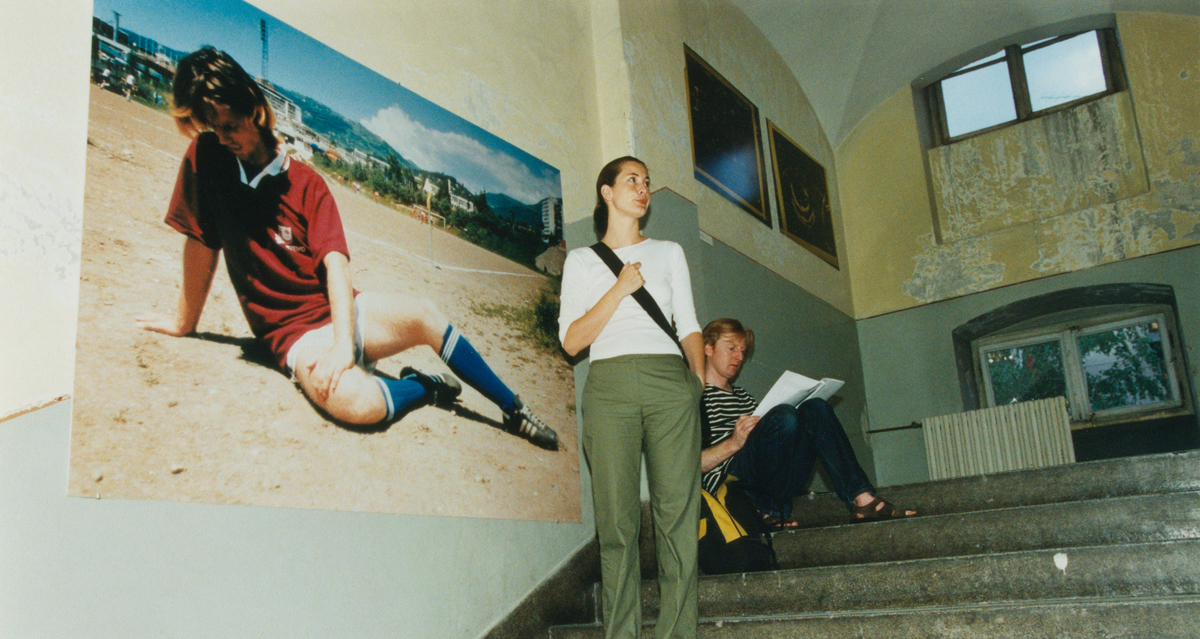 In 2000, Moderna galerija in Ljubljana founded the Arteast 2000+ Collection and staged its first public presentation in an unrenovated building of a former army barracks in the city’s Metelkova complex – in the building that now houses the Museum of Contemporary Art Metelkova. Arteast 2000+ is the first ever museum collection conceived and assembled with a view to giving prominence to East European postwar avant-gardes. Over the past twenty years the collection has become renowned for providing a comprehensive overview of art in the Central and East European region, providing insight into the similarities and differences between the cultural and sociopolitical contexts of the various formerly socialist countries, and broaching issues related to the broader international art system and the forces behind it.

The first display of the collection in 2000 was followed by a series of exhibitions based on the concept of the “collection as a tool,” outlining the shifts and changes in the socialist and post-socialist times since the 1960s through the period of transition in the 1990s to the integration into the global neoliberal capitalist realm and everything that entailed.

In 2011, Arteast 2000+ became the collection of the new Museum of Contemporary Art Metelkova (+MSUM), which operates as part of Moderna galerija in Ljubljana.

24 June 2000: The inauguration of the exhibition Arteast 2000+ Collection. The Art of Eastern Europe in Dialogue with the West. From the 1960s to the Present in the Metelkova 22 building. The as yet unrenovated former barracks building housed a display of works by 85 artists and art collectives, including the most important protagonists of East European avant-gardes and a number of eminent figures in Western art, such as Joseph Beuys, Jenny Holzer, Anish Kapoor, and Lawrence Weiner. Attending the opening were the consultants Viktor Misiano, Piotr Piotrowski, Harald Szeemann and Igor Zabel, who had helped Zdenka Badovinac, the curator of the collection and most of its exhibitions, conceive this first ever collection of East European art, as well as numerous artists, international art professionals and representatives of the media, since the event was on the day after the opening of the international biennial of contemporary art Manifesta, staged that year in Ljubljana. The collection was met with exceptional international interest; in the German journal ART, noted American art critic and writer Kim Levin described the exhibition of the Arteast 2000+ Collection as the exhibition of the year.

2001–2004: Arteast 2000+ traveled first to Innsbruck (14–21 November 2001), where it was presented (in specially constructed transport cases) at the time of the meeting of European ministers of culture, and the following year (28 April–26 May 2002) to Karlsruhe at the invitation of Peter Weibel, the Director of the Center for Art and Media ZKM. A selection of works from the collection was staged in Skopje (Art Gallery Čifte Amam, 6–30 September 2002), and two years later, an almost identical exhibition to the one conceived for Innsbruck was put on at Moderna galerija in Ljubljana (3 February–2 May 2004).

31 May 2003: Framed as the first in the series of Arteast Exhibitions, the international show Form-Specific was staged by Moderna galerija at Metelkova 22. The series aimed to complement the collection through explorations of current issues predominantly in East Europe. As renovation works on the Metelkova building started soon after that, the following two Arteast exhibitions, 7 Sins: Ljubljana–Moscow (2004) and Interrupted Histories (2006), were staged at the Moderna galerija building.

2006: Entitled Arteast 2000+23 and staged at the Moderna galerija building, the third exhibition of the “collection as a tool” was organized in collaboration with the contemporary art journal Maska and included, in addition to the selected works from the collection, ideas for works that Moderna galerija might acquire in 2023.

2008: A selection of works from Moderna galerija’s national and international collections was put on view at the UGM Maribor Art Gallery as part of the broader action “Hosting Moderna galerija!” during the renovation of the Moderna galerija building.

2011: A special exhibition of works from the Arteast 2000+ Collection entitled Museum of Parallel Narratives was staged at the MACBA Museum of Contemporary Art in Barcelona, as part of the L'Internacionale confederation of museums program.

26 November 2011: The Museum of Contemporary Art Metelkova (+MSUM) officially opened with The Present and Presence, an exhibition of the Arteast 2000+ Collection that attempted to define contemporaneity.

2012–2015: The following years saw nine repetitions of this exhibition, entitled The Present and Presence: Repetition 1–9. The concept was based on the idea that a repetition is never a repetition of the same, but of the difference between what is present and what is absent from the field of vision of a given sociopolitical moment – here, the collection served as a tool for a critique of the conditions of contemporary art.

2015: Arteast 2000+ was presented at the Garage Museum of Contemporary Art in Moscow with the show Grammar of Freedom: 5 Lessons, which put the works from the collection in dialogue with contemporary artworks from the region of the former Soviet Union, foregrounding the influence the Russian avant-garde had on some of the key figures in Yugoslav art. The exhibition was designed to highlight the importance of art in the struggle for freedom in various sociopolitical contexts and periods.

2016: The opening of the new permanent display of the collection at the Museum of Contemporary Art Metelkova, entitled Low-Budget Utopias. The question posed here was as follows: What museum model was best suited to the predominantly poor conditions of work for both artists and institutions in the post-socialist world? This question further led to a reconsideration of the concept of utopia, which is always related to specific material conditions of work. In answer to the questions and issues broached, the exhibition formulated the concept of a sustainable museum.