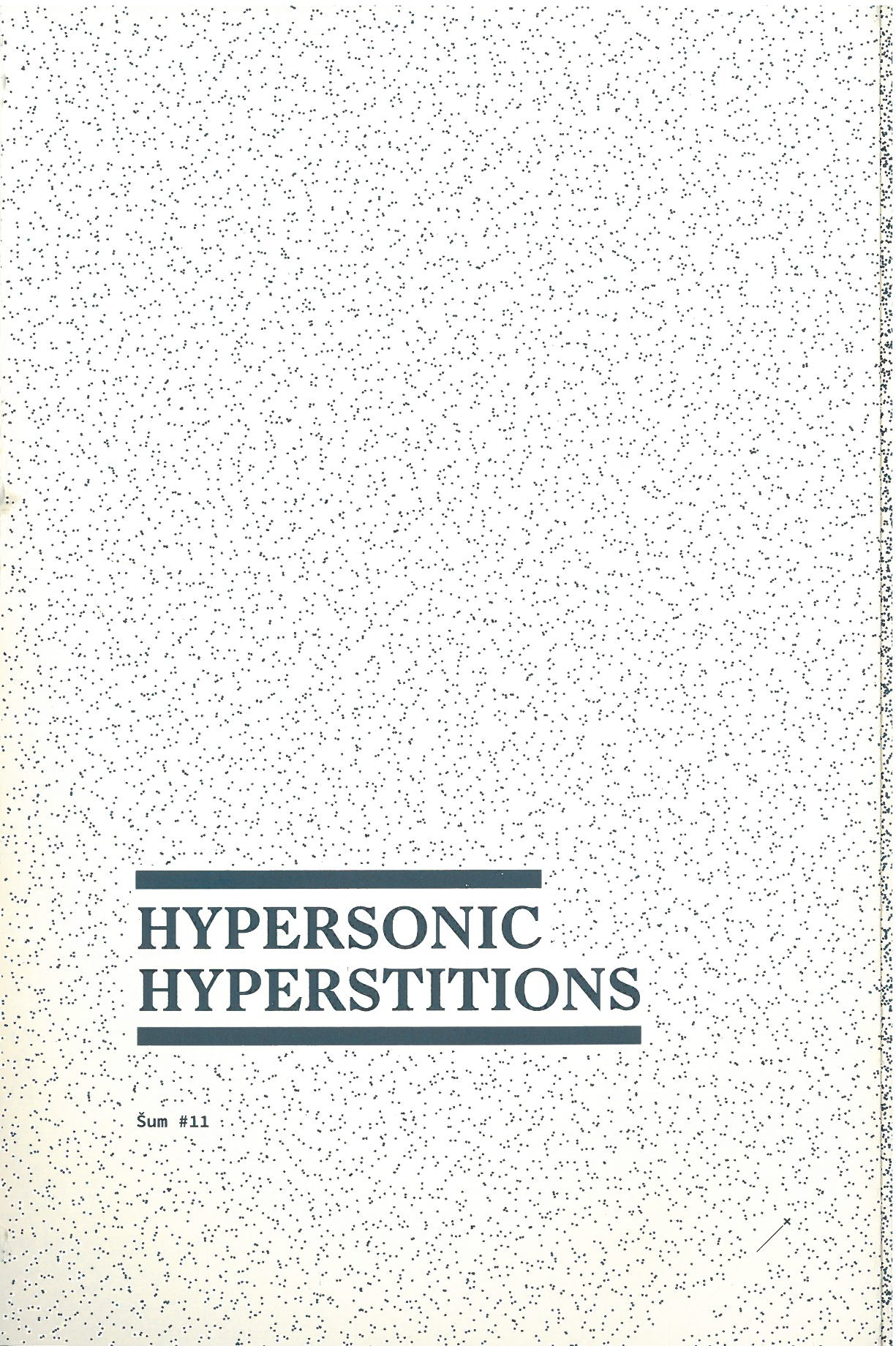 From the introduction: Marko Peljhan invited Šum journal to produce a special issue that would accompany his exhibition Here we go again … SYSTEM 317 in the Slovenian Pavilion at the Venice Biennale. The invitation included, among a lot of referential vectors, this short description: "The exhibition will feature a full-scale model of a hypersonic aircraft system and will appropriate, combine and hack actual US, Russian and Chinese blueprints. The cockpit will be done in the style of a West Coast lowrider ... how to light a match and keep it lit during a hurricane." Šum in turn approached theory-fiction and hard sci-fi, that is, mobilised their agents, to provide overlaps with Peljhan's exhibition and his work in general.