The second in the series of artists’ commentaries displayed on the wall of Museum of Contemporary Art Metelkova, +MSUM’s entrance hall will be Precarious Day by Arjan Pregl. It will be on show from 8 February.

“On the occasion of our cultural holiday we might, among other things, also remember that funding for culture dwindles from year to year. Increasingly, artists are being pushed to a position of economic marginality. Public funding is shrinking, and the economic crisis and uncertainty about the future have led to a considerable decline in personal investment in art as well.

All of this despite the fact that officially, culture is still considered to be “the substance of the nation”, all the more so in this day and age when it has to be “defended against barbarians” coming from the outside – as some wish to convince us, while largely failing to notice the exploitation of both domestic and foreign manual workers (for instance in construction) which is nothing short of barbarian. And strangest of all, in the same breath they tell the artist to go and … work!

Hmm. Maybe it is time (again) for the artist to operate exactly from the position of a marginalised physical labourer?” 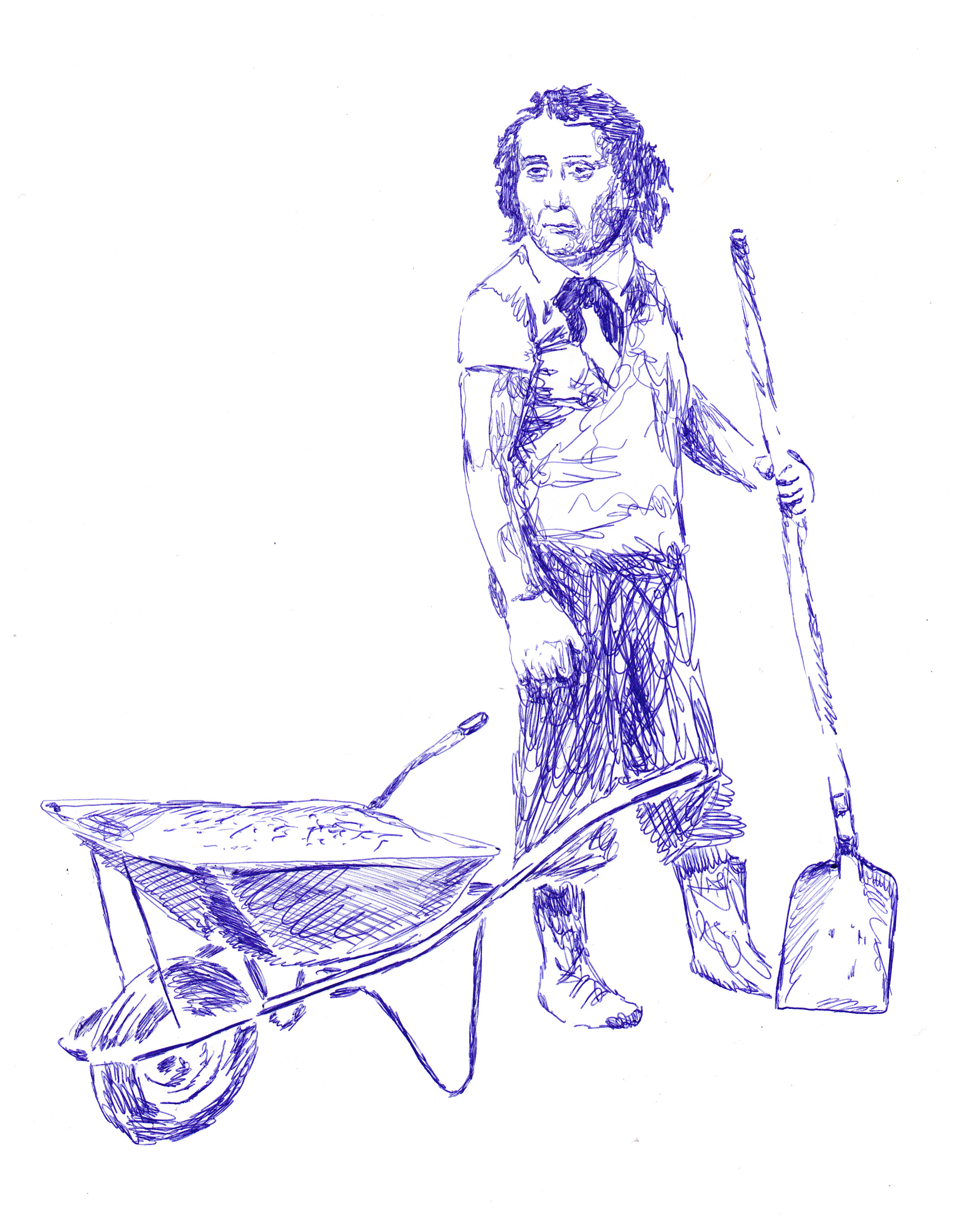 Arjan Pregl (1973) builds his work around three key interlacing themes: references to the history of art, humour and political engagement. These are brought together and actualised primarily in his painting.

COMMENTARY #1 | Djordje Balmazović | Cause of Migrations

COMMENTARY #6 | Vesna Bukovec | Safety for Whom?
To Top