The Igor Zabel Award for Culture and Theory acknowledges the exceptional achievements of cultural protagonists whose work supports, develops or investigates visual art and culture in Central, Eastern and South-Eastern Europe. Named in honour of the distinguished Slovenian curator and art historian Igor Zabel (1958–2005), the award has been conferred biennially since 2008 in cooperation with ERSTE Foundation (Vienna) and the Igor Zabel Association for Culture and Theory (Ljubljana). With prize money totalling 76,000 EUR, it is one of the highest and most prestigious prizes for cultural activities related to Central, Eastern and South-Eastern Europe.

18:00–19:15 The Curator’s Room — Igor Zabel: How to Make Art Visible? English premiere of the documentary film

20:30–21:00 Art as Commitment and Right. A conversation with the laureate, Joanna Mytkowska. The conversation will focus on the possibilities and challenges of reaffirming the relation of art to society in times of radical socio-political transformations in Poland and beyond and on the role of a museum as civically responsible institution in this context.

21:00–21:30 Igor Zabel Award Grants ceremony. Statement by the jury and presentation of the grant recipients

Igor Zabel Award for Culture and Theory 2018 laureate is an art historian, curator and, since 2007, the director of the Museum of Modern Art in Warsaw. In the 1990s, Mytkowska started her professional career as a curator at the Foksal Gallery in Warsaw, a legendary, non-commercial art space set up by artists in 1966. After that, she co-founded and worked at the Foksal Gallery Foundation in Warsaw with the aim of establishing research and funding opportunities for Polish contemporary art as well as taking care of the legacy of Polish avant-garde artists. From 2006 to 2007, she worked at the Centre Georges Pompidou in Paris, but soon after embarking on her international curatorial career outside of Poland, she decided to return to Warsaw and took over directorship of the Museum of Modern Art. 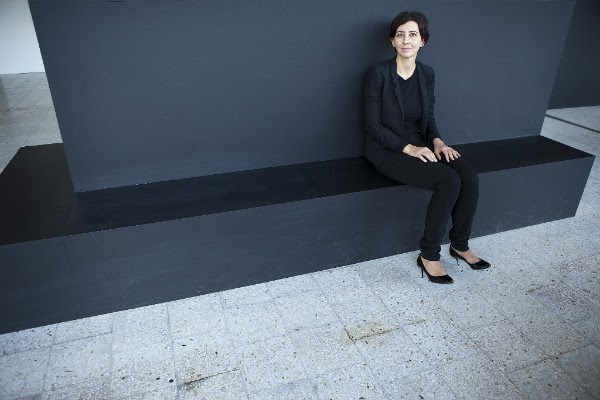 The jury has awarded Joanna Mytkowska the Igor Zabel Award for Culture and Theory 2018 for her committed and outstanding work as the director of the Museum of Modern Art in Warsaw. The jury acknowledges the extraordinary intellectual, curatorial and civic achievements that Mytkowska has developed over the last 15 years, especially as the director of MoMA in Warsaw, her commitment to reaffirming the relation of art to society in times of radical socio-political transformations and her outstanding expertise on art from Central and Eastern Europe.

Igor Zabel Award Grant recipient according to the jury’s selection Curator, researcher, teacher and art writer from Prague, for her resilience regarding emancipating non-institutional forms of cultural production and searching for new articulations of curatorial practice and theory.

Igor Zabel Award Grant recipient according to the jury’s selection Oberliht Association from Chisinau, Moldova, in recognition of its ongoing support to the local artistic community and its innovative engagement with projects in the public space.

Igor Zabel Award Grant recipient according to the laureate’s selection VCRC from Kyiv, which, through the analysis of visual culture, aims to foster reflection on the post-Soviet political and economic situation, for its unique contribution to acting, critical thinking and creativity in the highly difficult context of Ukraine in the state of war today.

The award ceremony will be moderated by Nataša Briški, journalist, co-founder and editor of the Metina lista online media.

The Igor Zabel Award ceremony is open to the public and will be held in English.

Organized by: the Igor Zabel Association in collaboration with the ERSTE Foundation and Moderna galerija, Ljubljana

INTERNATIONAL CONFERENCE | Art – How Much is it Still an Idea for the Future?
To Top