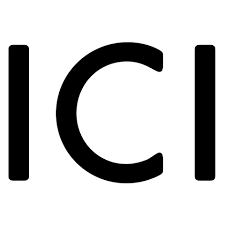 Comradeship: Curating, Art, and Politics in Post-Socialist Europe gathers twenty years of writings from disparate and hard-to-find sources alongside new texts from the forward-thinking Slovenian curator, museum director, and scholar Zdenka Badovinac. Join Badovinac and curator Ana Janevski for a presentation and conversation considering the trajectory of Badovinac’s work as it is articulated through this new publication.

This is the third book in the PERSPECTIVES IN CURATING series published by Independent Curators International, which offers timely reflections by curators, artists, critics, and art historians on emergent debates in curatorial practice around the world.

Comradeship is a collection of essays by Zdenka Badovinac, the forward-thinking Slovenian curator, museum director, and scholar. Badovinac has been an influential voice in international conversations rethinking the geopolitics of art after the fall of communism, a ferocious critic of unequal negotiations between East and West, and a historian of the avant-garde art that emerged in socialist and post-socialist countries in the last century. She has been, moreover, an advocate for radical institutional forms: museums responsive to the complexities of the past and commensurate to the demands of the present.

“Whip smart, politically astute, curatorially inventive: Zdenka Badovinac is nothing less than the most progressive and intellectually rigorous female museum director in Europe. This anthology includes key essays accompanying her series of brilliant exhibitions in Ljubljana, and is essential reading for anyone interested in the differences between former east and former west. For anyone seeking curatorial alternatives to the neoliberal museum model of relentless expansion and dumbed- down blockbusters, Badovinac is a galvanizing inspiration.”

Zdenka Badovinac is a curator and writer, who has served since 1993 as Director of the Moderna galerija in Ljubljana, comprised since 2011 of two locations: the Museum of Modern Art and the Museum of Contemporary Art Metelkova. In her work, Badovinac highlights the difficult processes of redefining history alongside different avant-garde traditions within contemporary art. Badovinac’s first exhibition to address these issues was Body and the East—From the 1960s to the Present (1998). She also initiated the first Eastern European art collection, Arteast 2000+. One her most important recent projects is NSK from Kapital to Capital: Neue Slowenische Kunst – The Event of the Final Decade of Yugoslavia, Moderna galerija, 2015 (Traveled to Van Abbe Museum, Eindhoven, (2016), Garage Museum of Contemporary Art, Moscow (2016) and the Museo Reina Sofía Madrid (2017)); NSK State Pavilion, 57th Venice Biennale, 2017, co-curated with Charles Esche; The Heritage of 1989. Case Study: The Second Yugoslav Documents Exhibition, Modena galerija, Ljubljana, 2017, co-curated with Bojana Piškur; Sites of Sustainability Pavilions, Manifestos and Crypts, Hello World. Revising a Collection, Hamburger Bahnhof – Museum für Gegenwart – Berlin; Heavenly Beings: Neither Human nor Animal, Museum of Contemporary Art Metelkova, Ljubljana, co-curated with Bojan Piškur, 2018; Badovinac was Slovenian Commissioner at the Venice Biennale from 1993 to 1997, 2005 and 2017, and Austrian Commissioner at the Sao Paulo Biennial in 2002 and the President of CIMAM, 2010–13.